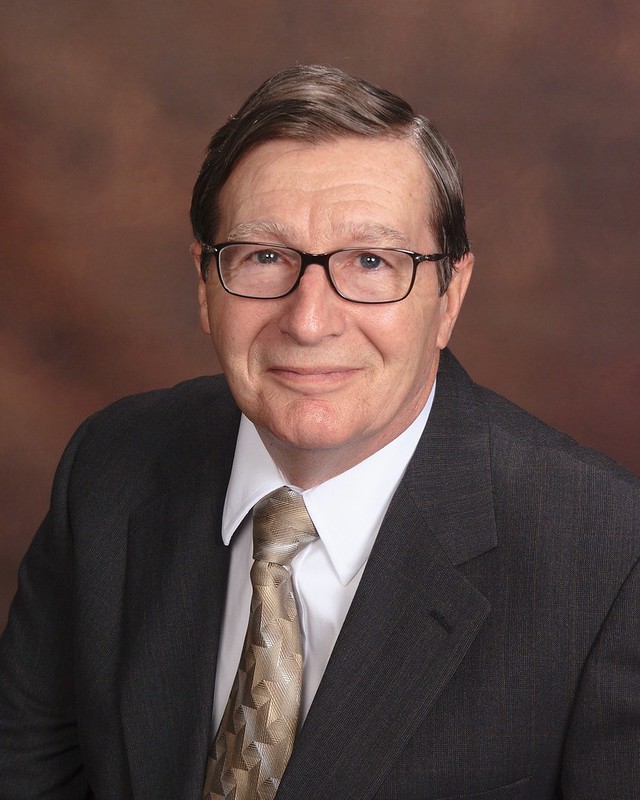 Marion Lewis Greaser was born in Vinton Iowa to Lewis and Elisabeth Greaser. Marion grew up
on a farm with his sister Frances. His father was a farmer and a former member of the Iowa House
of Representatives; his mother was a third grade teacher before she married. A few of Marion’s
interests were participation in 4-H, football and music, including roles in several high school
musicals.

Marion met his wife to be, Marilyn, while at Iowa State University. They have a daughter, Suzi
Grundahl and a son, Scott, along with 3 grandchildren. Marion has been active and assumed
leadership roles in Westwood Christian Church, Madison, WI. Marion has been a passionate
Badger fan, enjoying the successes as well as the fine effort of the UW football and basketball
athletes. Amazingly even upon retirement he remains very active in playing intramural soccer.

Dr. Greaser completed an impressive 42 years of faculty service in June 2013. He has been the
primary instructor for the graduate Muscle Biology 725 course and a co-instructor for the
undergraduate Animal Science 305 throughout this period. He has also lectured and supervised
laboratories in the Biocore program, and made shorter term contributions to other Animal Science
and Food Science courses. He co-authored a widely used undergraduate textbook entitled “The
Meat We Eat”. During his career he supervised 18 postdoctoral or sabbatical fellows, 12 PhD
students, 3 MS students, and numerous undergraduates. In addition he has provided extensive
mentoring of many other graduate students and post-doctoral fellows in the Meat Science/Muscle
Biology program.

Dr. Greaser’s research program has been a unique blend of fundamental work related to muscle
contraction and muscle growth coupled with applied agricultural research in the area of meat
science. His early work led to the characterization and naming of the subunits of the protein
troponin. Later in his career he made major contributions to understanding the structure and
function of the giant protein titin, including a discovery of a mutation in rats that mimics human
dilated cardiomyopathy. Affectionately his co-workers named him the “Titan of Titin”.

Dr. Greaser’s research also led to new insights in the meat science area. He and his co-workers
were first to show that titin becomes structurally altered in postmortem muscle, and that this
alteration contributes to improved meat tenderness. In addition he collaborated in the development
of a patented procedure that uses sodium bicarbonate to improve pork meat quality.
His work has resulted in 169 refereed publications, 44 symposium and invited presentations, 14
book chapters, and one textbook. These publications had over 9000 literature citations as of April
2013 (Google Scholar) and his legacy will undoubtedly influence generations to come.

Dr. Greaser received numerous honors including the Distinguished Research Award from the
American Meat Science Association, the Meats Research Award from the American Society of
Animal Science, and the Outstanding Researcher Award from the American Heart Association of
Wisconsin. Dr. Greaser has served on the editorial boards of the Journal of Food Science, the
Journal of Muscle Foods, Meat Science, and the Encyclopedia of Animal Science. He also served
a 5 year term as the Campbell-Bascom Professor.

Dr. Greaser also served the University of Wisconsin-Madison as Director of the Muscle Biology
Laboratory for many years and on numerous university committees.

Dr. Greaser is a stellar professional and a true friend of so many. All of Dr. Greaser’s colleagues,
students, and other mentees are so very pleased with Professor Marion Lewis Greaser’s induction
into the Wisconsin Meat Industry Hall of Fame.