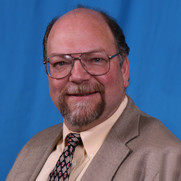 Louis Armentano graduated from Cornell University in 1975, earning a B. S. with distinction in Animal Science.  Under the advice and recommendation of Bob McDowell, Lou went to North Carolina State to study the use of by-products as feeds for dairy cattle under Al Rakes and received an M.S. in Animal Nutrition.  His Ph.D. was from Iowa State studying under Jerry Young, where the relationship between rumen carbohydrate fermentation and the metabolic processes of cattle was examined at the whole animal level.  That was followed by a brief research appointment at Virginia Tech with Carl Polan as his mentor and working with protein nutrition of dairy cows.  Then Lou got lucky and was able to join the faculty in the Department of Dairy Science at the University of Wisconsin-Madison with teaching and research responsibilities.  In addition to a program studying basic liver metabolism in cattle, Lou has maintained a program addressing the use of by-product feedstuffs and their role in providing energy, fiber, protein and fat to dairy cows.  Lou ended 8 years as Chair of the Dairy Science Department in 2004 to return to full-time research and teaching. Lou is currently in his seventh (and final) year on the American Dairy Science Association Board of Directors.  In 2016 Lou received his last promotion from UW to Emeritus Professor and is spending way more time playing poker and photographing birds while still thinking, writing and talking about feeding dairy cows.